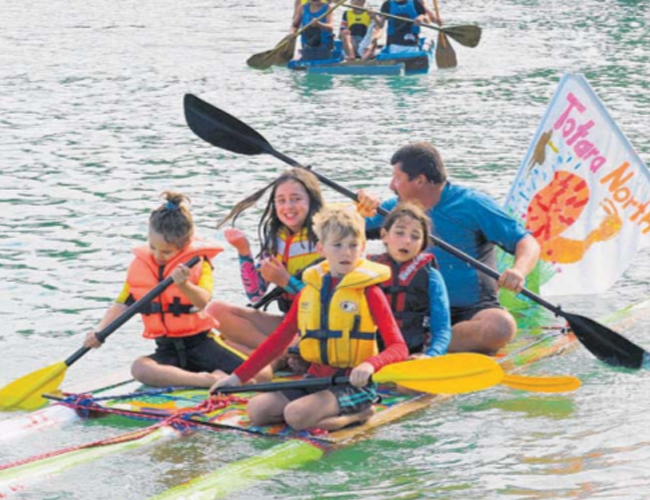 Totara North’s Turbo Turtles win top award home-made craft of wildly varying design, and degrees of H seaworthiness, were launched on Whangaroa Harbour for this year’s Kiwi Can Raft Race. The supreme award, judged according to their display of Kiwi Can values, went to the Turbo Turtles, from Totara North School, and in the open division the team spirit award went to the Kaeo Fire Brigade, whose seamanship and ship building skills didn’t quite match their prowess in an emergency.