As I sat in the hall at Otumoetai College, I couldn’t help but remember back to my first year there as a 13-year-old, sitting in assembly. A quiet introvert, involved in hockey, netball, and music, I had barely developed an opinion of my own, and what opinion I had, I was reticent to express for fear of ridicule.

I didn’t know the word ‘self-efficacy’, I didn’t even really know myself. Thankfully teachers like Bob Addison, Stu Henderson and Kate Macgregor fanned the shadow, I found my feet and eventually found myself.

Dan Allen-Gordon from the Graeme Dingle Foundation had invited me along to witness 12 students returning from their Project K wilderness experience. On stage, they shared confidently, some hesitantly, about their nearly three-week experience learning to overcome obstacles, both internal and physical, while surviving out in the middle of nature. Well on the way to learning what’s inside of them is greater than any obstacle, I knew their lives had forever changed because of this challenge.

“It’s about instilling values long term. Basically what everyone says we parents need to do all the time.” 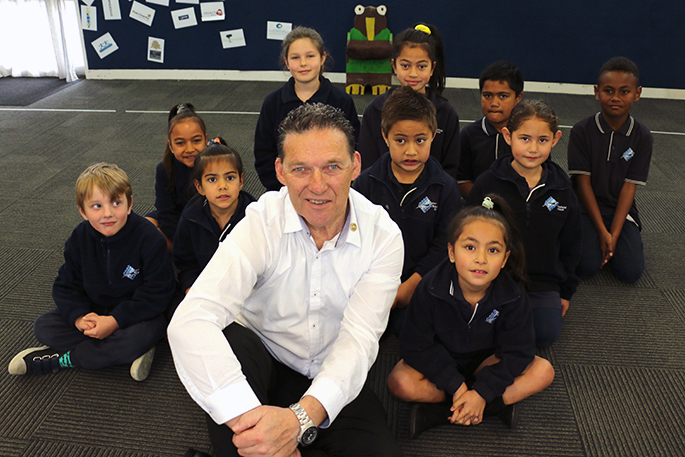 While Project K targets college-age students, Kiwi Can is the programme operating in primary and intermediate schools across NZ, with over 270,000 Kiwi kids reached so far through both programmes.

Dan has seen the results, with unhealthy cycles children find themselves caught in being broken.

“We’re reaching whole school communities, through our leaders teaching the kids every week.”

Not only this but the stats are out – New Zealand benefits to the tune of nearly $8 for every $1 invested in the Graeme Dingle Foundation, in the form of reduced crime, young people getting better jobs and fewer young people becoming dependent on benefits.

That is the finding of economic consultancy Infometrics, in a new study to calculate the contribution of the foundation’s work to the NZ economy. 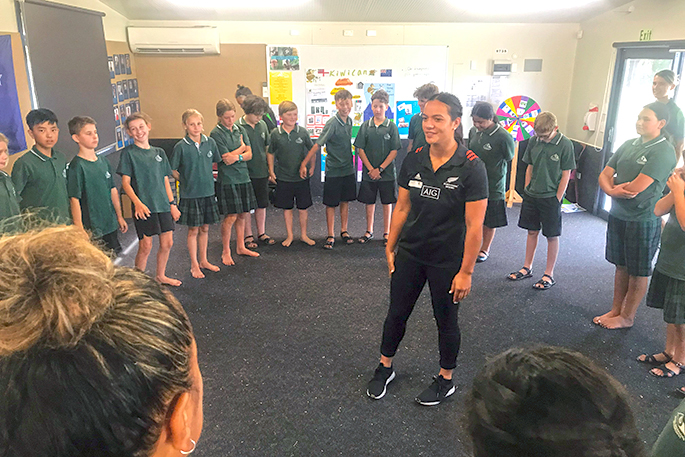 Stacey Waaka from the Black Ferns helping with the Kiwi Can programme at Mount Maunganui Intermediate. Photo: Rosalie Liddle Crawford

I asked Mount Maunganui Intermediate principal Lisa Morresey about the benefits to her school, which has 713 students on the roll. There, the Kiwi Can programme runs four days a week across the classes, led by Lena Pfitzner and Manny Werahiko.

“Kiwi Can is a values-based programme,” says Lisa. “What we like about it is it’s taught by young people. We’re putting positive role models in front of kids. It’s quite a break from the usual day because it’s a really hands-on, dynamic, activity-based programme.” 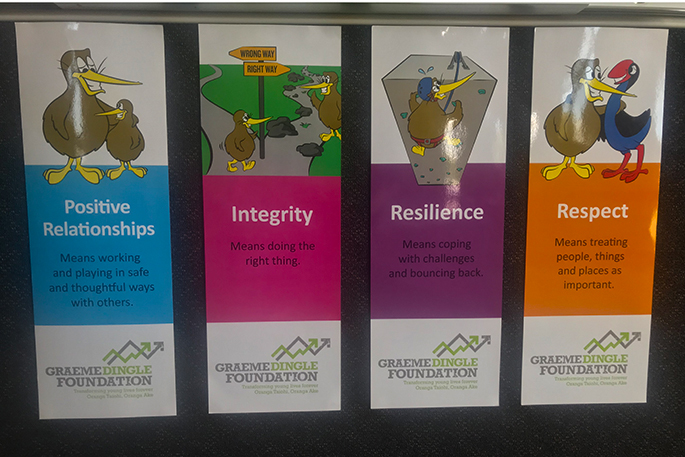 “Each term has a new theme,” says Dan. “Term one is about positive relationships. It’s very interactive with role play, discussions, and games that link in to the value or life skill that they’re learning that particular week. They learn about positive communication, cooperation and friendship.” 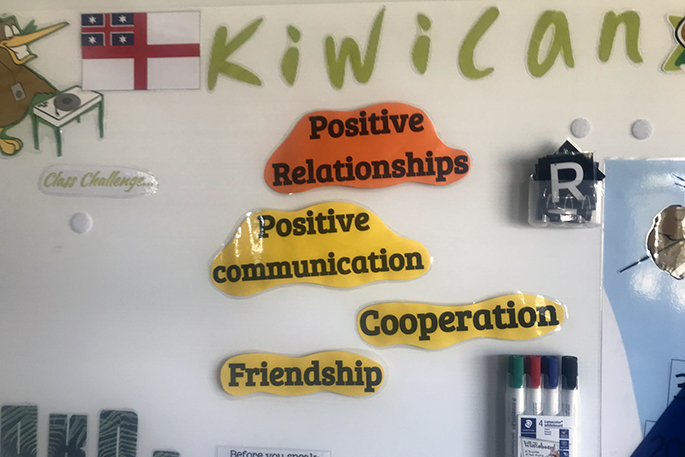 The Graeme Dingle Foundation is the official charity of New Zealand Rugby, and rugby star Sarah Hirini and her Black Ferns team mates Toka Natua and Stacey Waaka have been in to help with Kiwi Can at Mount Intermediate.

“It’s amazing to come see how it’s all run and how much they’re doing for these kids week in and week out,” says Sarah. 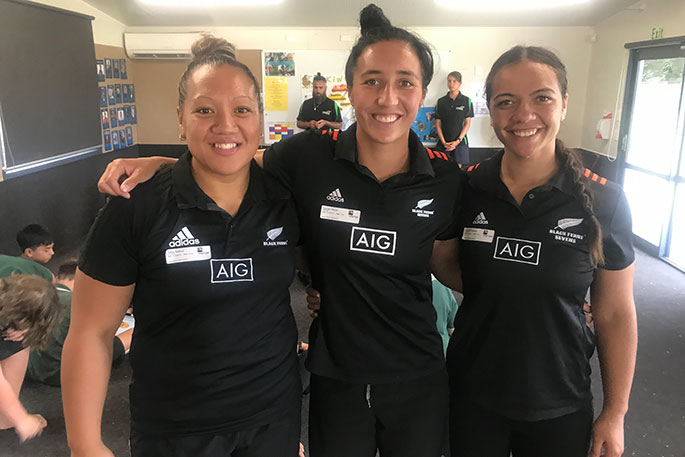 Dan currently has 11 schools in the Western Bay from Katikati to Te Puke, with 3500 Kiwi kids involved in Kiwi Can every week of the school year. Other schools are eager to begin the Kiwi Can programme, but he’s faced with the mammoth obstacle of lack of funding.

“There’s such a demand for what we do and fundraising is becoming harder all the time,” says Dan. “It’s putting us at risk of not even reaching those that need it.

“In the Kiwi Can schools that we’re in, we’re reaching every single child. That means every child is building relationships and it crosses all racial and social boundaries. There’s no ‘us’ and ‘them’, they’re all kiwi kids, and they all respect and get on.” 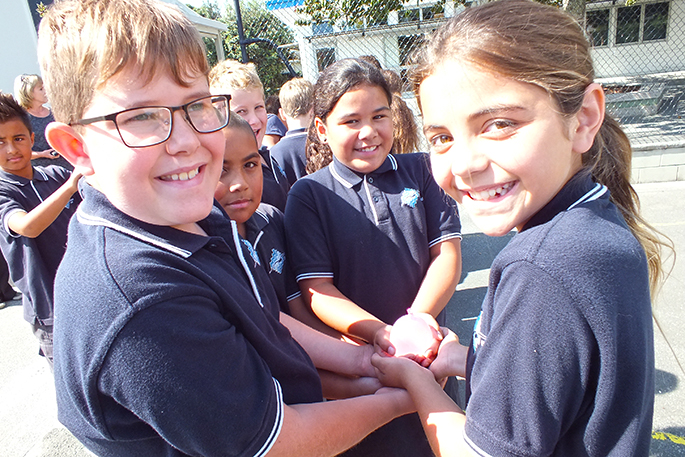 One of the noted side-effects of the programme has been the significant drop in bullying in participating schools.

“We’ve got a new school this year. Within two terms they were saying they’re seeing this change happening across the whole school. It was really cool. 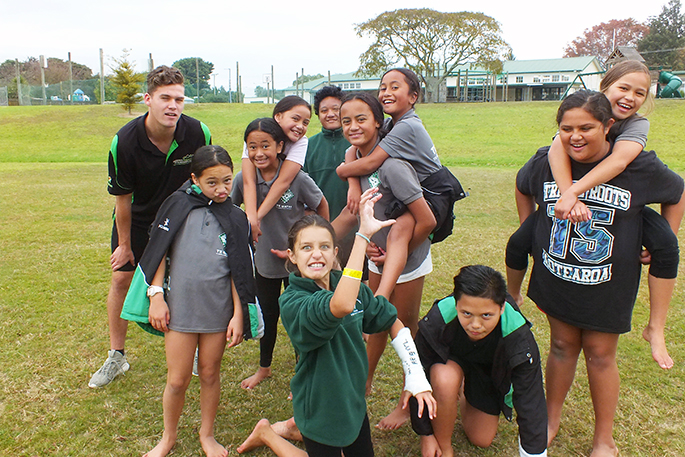 Dan founded Kiwi Can in Tauranga back in 2004, with others joining him to help get it started. This well-proven programme is transforming whole school communities.

“The problem is though, we can’t raise the money to go into more new schools. It’s hard enough to raise the funds to deliver what we do now and if we project it out, we probably need another $80,000.”

In 2009, Dan found half the money needed for the trust to launch Project K. A decade on, he needs to once again find people and businesses who will invest their dollars into lives of today’s youth.

“It will help us transform hundreds more young peoples’ lives. It would only take 800 people to donate $100 each to make a huge difference.” 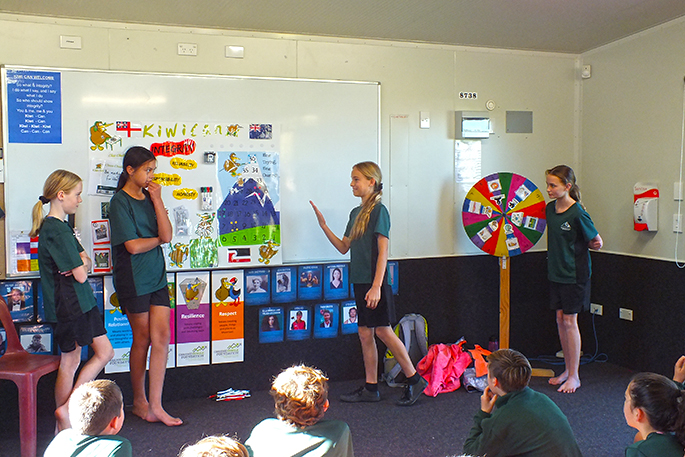 Students at Mount Maunganui Intermediate involved in the Kiwi Can programme. 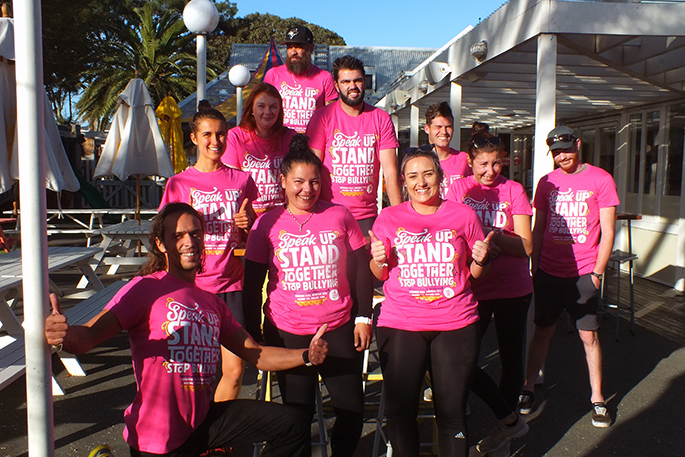 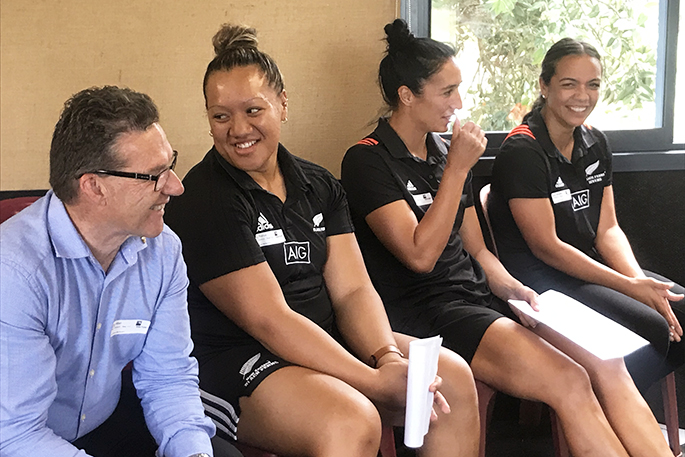 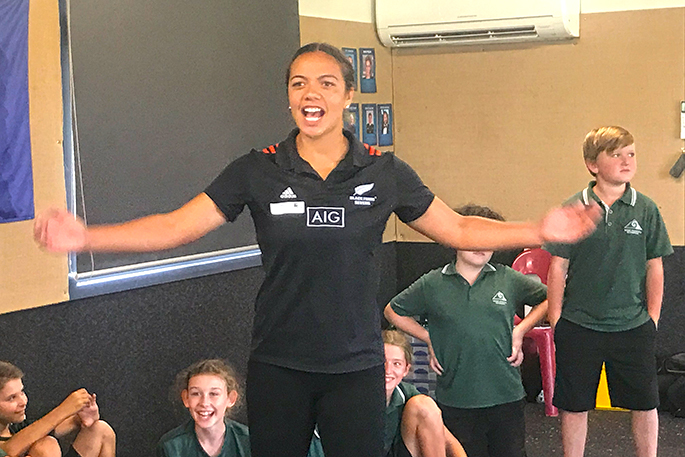 Stacey Waaka at the Kiwi Can programme at Mount Maunganui Intermediate 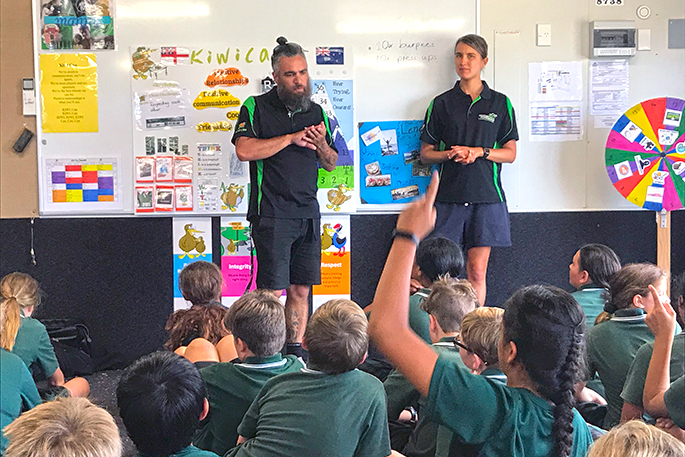