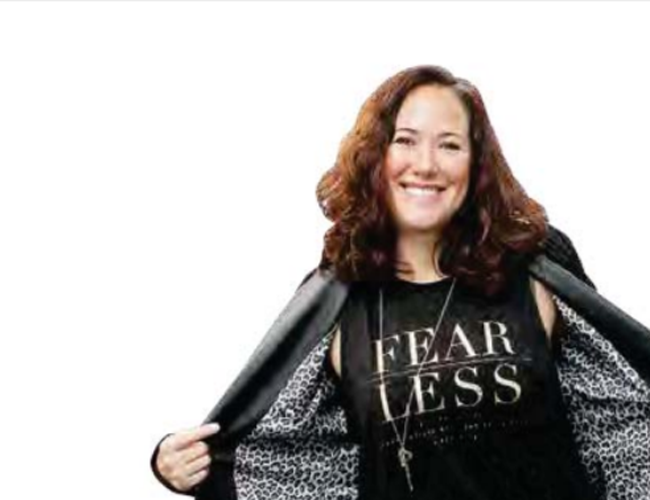 The Stars In Your Eyes competition has already been a whirlwind opportunity for Kylie Fleur. The 39-year-old Mum of two missed the initial audition for contestants for the August 14 show at Blenheim’s ASB Theatre and had just 24 hours to get her act together – literally.

“I called (organiser) Robyn Simmons and she said I had missed the initial auditions but they were hosting a second round for people who couldn’t make it and told me to come in the next day.” “I had little time to prepare, I didn’t know who I was going to be.

“People who saw my post saying I was going to do it think this is such a Kylie thing to do because it’s out of left field, but it’s an old habit to push myself out of my comfort zone.” Kylie’s chosen charity is the Graeme Dingle Foundation, a leader in the field of child and youth development, running several successful proven programmes – Kiwi Can, Stars, Career Navigator, Project K and MYND.