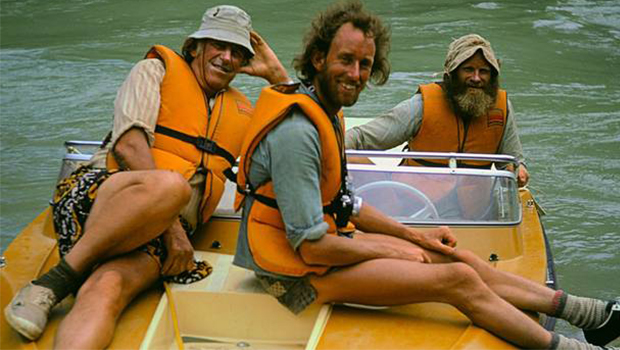 When Sir Edmund Hillary was struck by a life-threatening illness during his Ganges River jet boat adventure, a small group of people filmmakers stopped work immediately. There was no footage of the two and a half day race to save his life. But now the remastered Ocean to Sky features interviews with people involved in the life-or-death situation. The emotionally-charged film also sheds light on how special the trip was to Sir Ed, who was dealing with deep personal loss at the time. David Haxton met one of those involved in the original and remastered film.