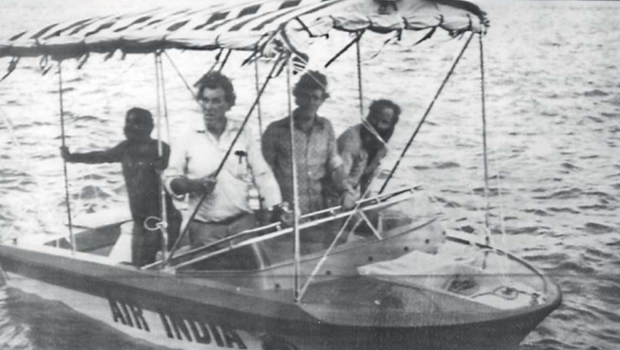 “Ed Hillary said it was his greatest expedition, and we all agree that it was probably the best expedition he’d ever been on. All of us who were on that trip shed many tears when we saw the film,” says Dingle, who travelled with Hillary through India on the trip in 1977.

The film, Hillary: Ocean to Sky, is a story of the expedition that took three New Zealand-made jet boats, from Hamilton, a few thousand kilometres up “arguably, one of the most sacred rivers in the world” and into the mountain, Dingle recounts.

“The first section of the expedition is really the cultural adventure where we’re stunned by the reception that India gives us, and lots of interaction with local people living along the side of the river.”

He describes the rest of the expedition as a “full on adventure” where the crew tries to drive the jet boats up “some of the most ferocious water in the world”, before beginning to ascend the Himalayas.

“Just before we get to the summit, Ed Hillary gets very seriously ill with altitude sickness and we have to rescue him,” he says.

Much of the still photography used in the film was taken by Dingle, and he says the film is also an emotional story around Hillary and his family.

Hillary: Ocean to Sky is screening in selected cinemas now.