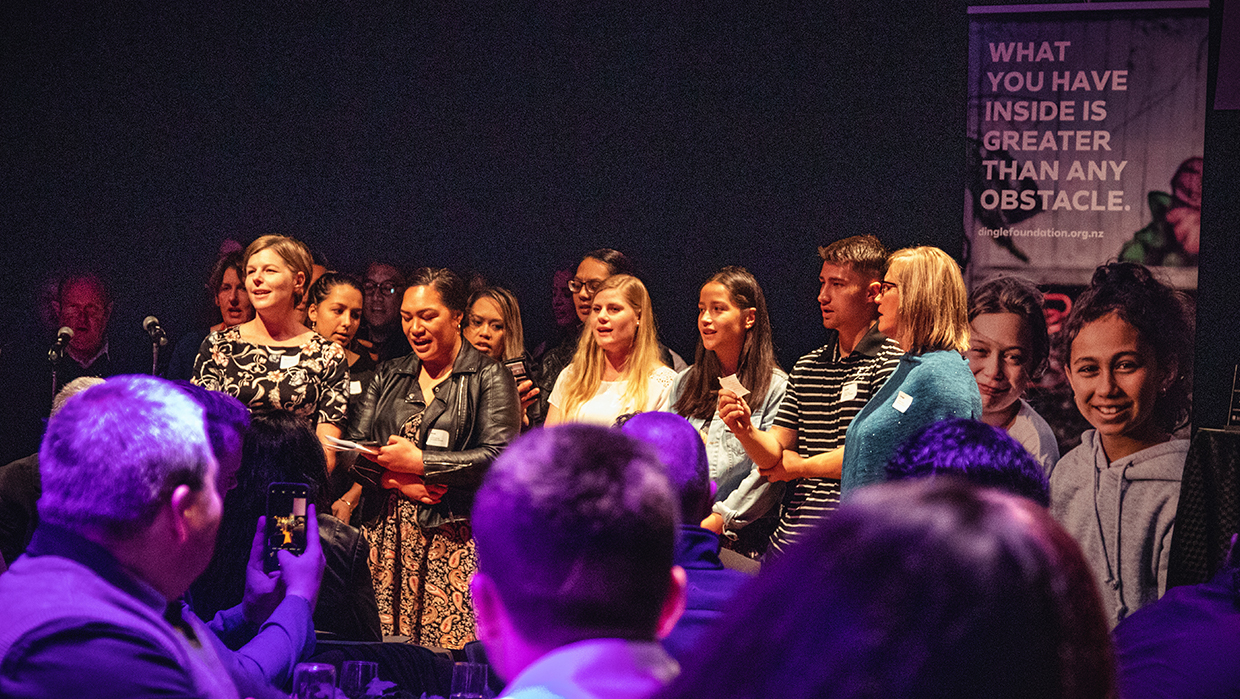 The achievements of 18 young people were celebrated at the annual Graeme Dingle Foundation Waikato’s Excellence Awards, held at Waikato University on Tuesday. The awards showcased the efforts of more than 3000 students, their mentors, leaders and volunteers across the region who have been involved in various youth development programmes over the previous 12 months. Star student Helena Tepania Tee of Fairfield College colllects her award from Chris Steffert of Greenstone Group.