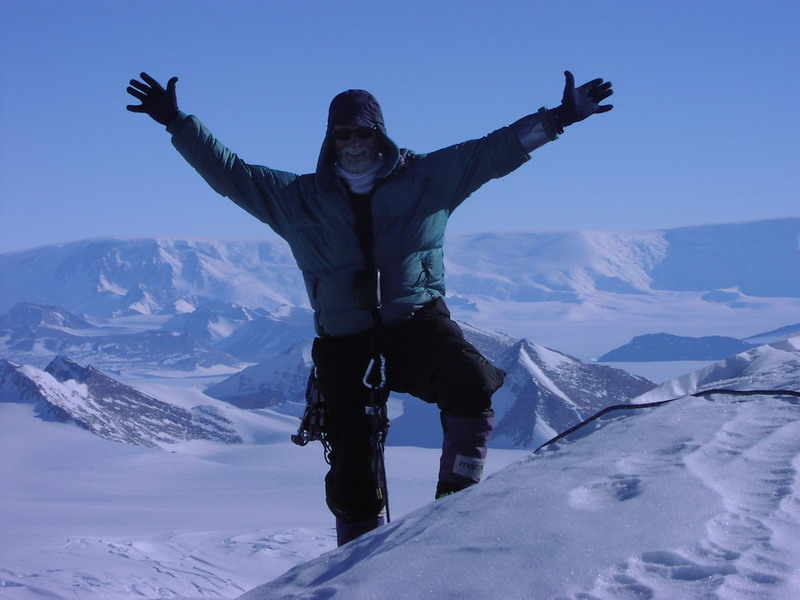 In 1995, my wife Jo and I put Project K – our programme for Year 10 kids with very low self-confidence – into action. We went to the South Island with our kayak and paddled north to Auckland, talking to people along the way about the concept. And we spent 12 months researching things internationally. We ran four pilot programmes and by the third one we knew we had it right.

We took six boys and six girls from Waitakere College and taught them how to use kayaks. Then we gave them a note that said: “Take us to the ice where the Waikato River starts.” And these rather confused kids looked at a map and eventually we were all in a van heading south, towing a bunch of kayaks.

The next day we climbed up to the glacier where the Waikato River starts. The kids had been asked to bring waterproof containers and to collect several blocks of ice, then use the kayaks to transport the ice and themselves down to the sea – which was about 300km away.

About a week after they had achieved the goal, at a school assembly, Sir Paul Reeves presented them with jars of water that were labelled with their names and that they had collected the ice and paddled it down to the ocean.

It was an innovative project and there were two key pieces of research behind it. One was a study from about 60 years before that showed if you took people out of their comfort zones for at least 20 days, you could change their behaviour.

The second was done in America under Bill Clinton and found that for mentoring to work, mentors had to be properly trained, and it had to be one-on-one for at least six months. When the kids were partnered with properly trained mentors, the results were astonishing.

We instinctively knew there were two other things we needed. One was a selection tool so we got the right candidates. Our research people developed a robust psychometric survey.

The other thing was that we knew that kids would be transformed by the wilderness, but to sustain that we had to ensure the big life lessons were transferred to their everyday lives. For example – you were asked to paddle a kayak down to the sea and that was a struggle for you but you did it; now you need to set and achieve life goals in a similar way.

We gave them community challenges to demystify the community and help them see the opportunities. We said: “Approach someone you think is untouchable and invite them to go to lunch.” People like Jonah Lomu got hit on constantly by Project K kids. Judy Bailey was another one they liked a lot. They took her flowers and invited her out. Another challenge was to use public transport and to climb to the top of at least six volcanoes. It was bloody good for them. They loved it.

At the end of the wilderness bit of the programme, when their families saw them, they said: “What’s happened? These kids have grown so much.” But they hadn’t grown – they were just holding their heads up.

As told to Paul Little.