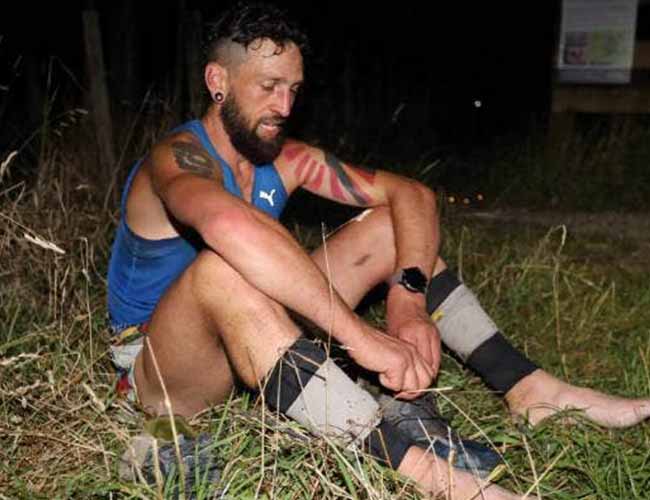 At 7.30am on Tuesday February 15, Stuart kissed his partner, Lucy, patted his dog (also Lucy), posed for a photo in the Pūtara carpark at the northern end of the Tararua Range, west of Eketāhuna, and started up a gravel trail.

Ahead of him lay the length of the Tararuas, a mountain range spread over 1100km² in the lower North Island, with peaks rising to 1500m, and a reputation for ruggedness, severe weather, and the deaths of numerous ill-prepared trampers.

To get from the northern end, known as Shormann, to the southern end at Kaitoke is a roughly 80km trip revered by trampers, and known as an S-K.

There are three routes: along the main mountain range, along the valleys, and a mixture of the two known as the Tarn SK.

Tough trampers started doing the S-K as a three-day trip in the 1960s, and “then there was a period where people were trying to do it in two days,” remembers mountaineer and adventurer Sir Graeme Dingle.

He took enough gear to survive a storm, and wore canvas tennis shoes.

“Because of the lack of cushioning, my feet swelled up horribly. So yeah, good fun.”

After 18 hours, Dingle made it along the Tarn S-K route to Smith’s Creek Shelter, about an hour from the end, where friends had walked in to celebrate his birthday with him.

“So I stopped. I’d more or less proved it could be done, and so I had a beer and went to sleep.”

Dingle walked out the next day, his journey making the newspapers, and his example launching ever-faster and bolder attempts for decades to come.

Michael Stuart is one of those who has followed Dingle’s footsteps.

He became the first person to do a there-and-back trip on the most difficult S-K route, along the Tararuas’ main range, taking 61 hours.

And the idea of completing all three S-K routes non-stop had been percolating for several years, but his first attempt had ended in wet and freezing failure when the weather turned on him.

Stuart, 40, who bought a campervan after he lost his house in a fire, and has been touring the country for the last year, says the whole idea was “to test my limits and see what I could do”.