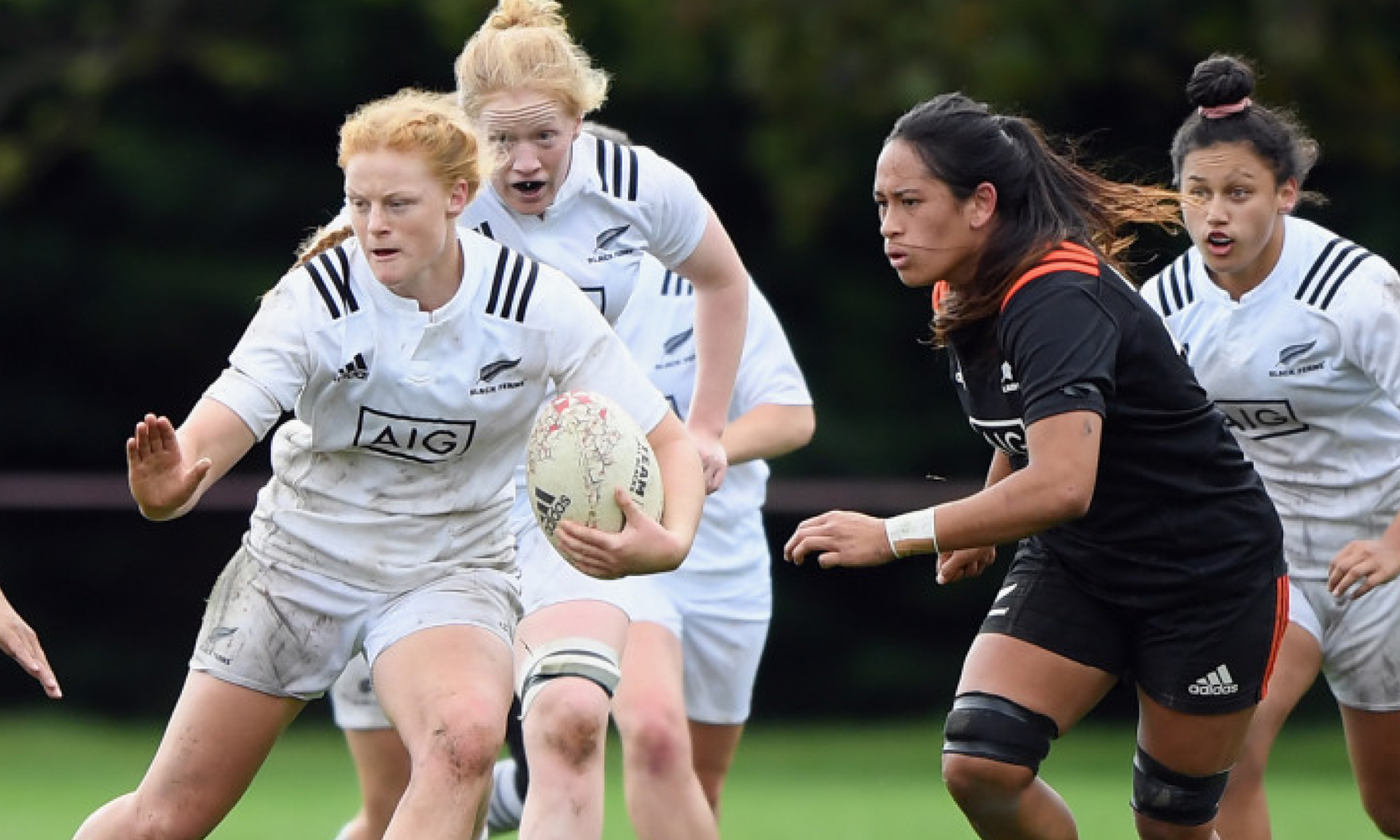 New Zealand’s best female rugby players will compete for charity as well as a black jersey when the Possibles take on the Probables presented by Steinlager at North Harbour Stadium next month. The Probables will be raising money for New Zealand Rugby’s (NZR) official charity, Graeme Dingle Foundation, and the Possibles for the UpsideDowns Education Trust.
New Zealand Rugby official partner AIG will make a donation for every try scored in the match, and for conversions and penalties.

Black Ferns Head Coach Glenn Moore said the generosity from AIG and their support for the teams and charities was greatly appreciated. He said it gave players on both teams, extra incentive to lift their game.

“We see the best performances when athletes have something extra to play for. To know their performance will directly benefit our community will be a major incentive for the players, it’s going to be a fantastic match-up.”

Graeme Dingle Foundation CEO Jenny Stiles said the charity was proud to partner with the Black Ferns and AIG.

“We are so proud to be New Zealand Rugby’s official charity partner for all teams in black, including the Black Ferns. We’re thrilled to be part of this event, which will showcase some incredible talent from many of the world’s best female rugby players.

“At Graeme Dingle Foundation we’re all about empowering our tamariki and rangatahi to be the best possible version of themselves. A few of our own Kiwi Can Leaders are in the Black Ferns squad themselves and are incredible role models for our young people, so we look forward to cheering them on. The money raised in this match will help support the 27,000 kids in our programmes across the country.”

Upside Downs Operations Manager, Dr Sarah Paterson-Hamlin, said it would be a special occasion for the organisation.

“We’re absolutely thrilled to be part of this event, and to work with one of the world’s best rugby teams. As a small charity, every dollar really does count towards unlocking the potential of Kiwi kids with Down syndrome. We love that New Zealand Rugby believe in our tamariki.”

Moore and his coaching team will select the Possibles and Probables squads following this weekend’s Farah Palmer Cup’s semi-final matches.

“We have seen some really skillful, exciting rugby on display this season and new, very talented athletes are putting their hands up for Black Ferns selection. We’re looking forward to seeing how they go in these upcoming matches.”

At the Graeme Dingle Foundation we help our young people build resilience, self-belief and life skills so they can succeed and overcome life’s obstacles. Our programmes use elements of the great outdoors, inspirational classroom leaders and world-class mentors to help kids, from age 5 to 18, keep on track, develop confidence, build resilience and self-belief, set goals for the future, and contribute positively to society.

Check out the original story here.