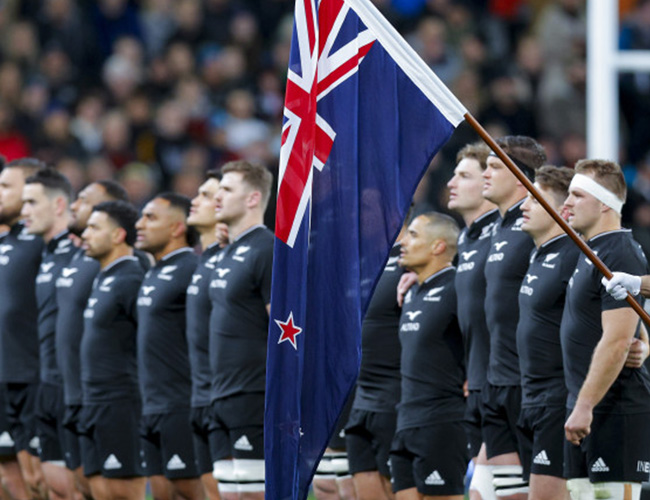 New Zealand Rugby will donate $1 for every ticket sold to the All Blacks Bledisloe Cup blockbuster against Australia at Eden Park on 24 September to its official charity partner Graeme Dingle Foundation.

The Charity Test will round out a bumper home Test schedule which sees the All Blacks play three Lipovitan-D Rugby Championship matches in Christchurch, Hamilton and Auckland and the Black Ferns play Australia at Orange theory Stadium in Christchurch on 20 August in the first of two O’Reilly Cup Tests.

“We are really proud to partner with the Graeme Dingle Foundation and to support the amazing work they do to help young people in Aotearoa realise their potential. We see this inaugural Charity Test as a vehicle to allow the Foundation to continue their work and I know the players are excited about being part of this initiative.

“It has been great to see fans rally behind the All Blacks and Black Ferns so far this season and there is no doubt the support of fans will continue to inspire both teams through the Lipovitan-D Rugby Championship, Bledisloe Cup and O’Reilly Cup series.”

“Delighted does not adequately describe how we felt when NZ Rugby told us the All Blacks Bledisloe Cup Test at Eden Park would be a charity fundraiser for the Graeme Dingle Foundation! This is an amazing opportunity that will provide vital funding to support tamariki on our programmes across Aotearoa.

“Critically, this also gives us chance to get our message out at a time when services like ours are needed most. We want to tell people that it is possible to help our kids at this tough time – tamariki who may be disengaging from school, feeling highly anxious or suffering other mental well-being challenges.

“The Graeme Dingle Foundation supports young people by providing the chance to build resilience, self-belief and to improve their mental well-being through our series of school-based and community programmes. With the help of NZ Rugby, there is so much more we can do.”

The Graeme Dingle Foundation is New Zealand Rugby’s official charity partner and are driven by the goal of helping young people to realise their potential. The Graeme Dingle Foundation has supported more than 300,000 tamariki and rangatahi since 1995, offering young people opportunities to build resilience, self-belief, and improve their mental wellbeing. Their vision is that Aotearoa New Zealand will be the best place in the world to be young and they couldn’t do that without their generous supporters. Through purchasing a ticket to the All Blacks Lipovitan-D Rugby Championship Test against Australia at Eden Park on 24 September, fans will donate $1 towards the programmes which help young Kiwis overcome any obstacle they face. Fans will also have a choice to donate more through the ticketing process.