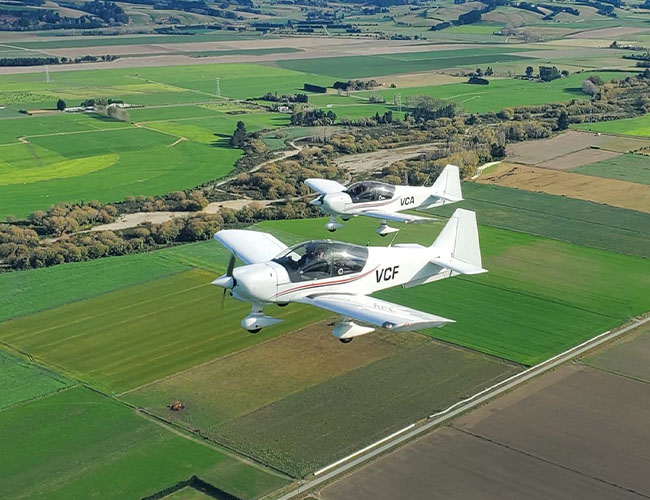 A new fundraiser launched by the Graeme Dingle Foundation gives South Canterbury pupils the chance to take a one-hour
helicopter or plane lesson. The Fly for Youth fundraiser gives people the opportunity to fly the plane, accompanied by a qualified flight instructor.

It is the first big fundraiser the foundation has held in South Canterbury, and money raised will be used to fund the Kiwi Can
programme in six local schools. Previous foundation fundraisers +have included adventurous activities such as tandem parachuting and bungee jumping.

Business development manager Anne Hindson said this fundraiser would help support programmes in schools in South Canterbury.
“We aim to raise around $40,000 a year from South Canterbury to cover the cost of the programmes down there,” she said.

The Graeme Dingle Foundation provides leadership and mentorship programmes for youths which also sets them up with life
skills. The foundation works with decile one to decile four schools and all the proceeds from the Fly for Youth fundraiser will go
towards the Kiwi Can programme the foundation runs in six South Canterbury schools.

The Kiwi Can programme is 24 months long. Each pupil visits the class once a week where they are welcomed into a positive
environment that encourages self belief and confidence. The programme costs $240 per pupil but this cost is covered by the
funds collected from the fundraiser.

It costs $800 per person to participate in the Fly for Youth fundraiser but this is usually achieved by people creating Givealittle pages to raise the funds. Ms Hindson gave an example of secondary school pupils who sold bacon and used the funds from that
to pave the way for the experience. Other people used it as a way to gift someone a unique experience, and part of that payment went towards the foundation.

The foundation was working with the South Canterbury Aero Club to make this opportunity possible for  the public.

“This is the first big fundraiser in South Canterbury,” Ms Hindson said.

The foundation expanded its services two years ago, implementing programmes in three more schools. It was looking to expand in the future and bring in more programmes to the region such as Project K, which runs in Christchurch, she said.

“There is a demand for it and people have asked for it but we need to get the other programmes sustained first.”

Fly for Youth will be held on Saturday, October 1 with a postponement date of October 2 if the weather is bad. If there was a lot of demand for this fundraiser, as hoped, the foundation would provide more days over the following weekend and by arrangement if there was an over flow, she said.