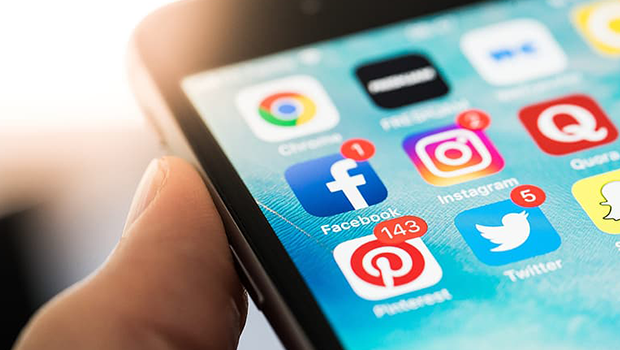 Teenagers talk to Simon Collins, of the NZ Herald, about the rise of sexting and the pressure to share explicit images AUCKLAND – Sending nude photos to your partner has become “a form of affection” for many young Kiwis, judging by the latest survey of youth and social media.

The Nielsen survey for the Graeme Dingle Foundation has found that 61 percent of Kiwis aged 13 to 24 have received sexually explicit content such as photos, videos and linked to explicit content via social media.

Two-fifths (42 percent) admit they have used social media to send such material to others.

Auckland singer Liana Vaipa-Rice, 23, who has worked with youth since she was 17, said the survey was no surprise.

“For my age now, sending nudes or explicit pictures to your partner is quite normal,” she said.

“I’m not someone like that because I’m a Christian, but for a lot of my friends that is how they express love to each other. Even when I was 13, this was very normal. They think it’s a form of affection.” Vaipa-Rice, whose stage name is Liana Frangipani, has worked with the Crescendo Trust which uses music to mentor young people.

She has also just been crowned Miss Niue Aotearoa – a role she hopes to use to support others through social media.

“My generation has things they speak of. They know that they are speaking to thousands (on social media),” she said.

“For example, everyone talks about West Papua. The generation before us ignored it. We are very aware of what’s going on, we are very open to it. That is the positive about social media.

“But at the same time a lot of dark stuff happens, not just to girls.” She said many young people wanted to attract thousands of social media followers because it was “cool”.

“I have talked to high-school students, they would put up photos and videos of themselves in their underwear,” she said.

“If you’re 13 and posting photos like that, guys don’t know you’re 13 and this girl won’t tell them because she thinks it’s cute.” Ngaruawahia High School student Tommy Goodwyn-Archer, 17, said a girl he met playing PlayStation sent him a nude video on Snapchat.

“I met her on a PlayStation game and played with her on that a few times and added her to my Snapchat and we chatted. And one night I got a video from her, and it was like, no, thank you,” he said.

“She was like a really good friend and it was really cool, but I think she was doing it with other guys as well. Guys would send her stuff.” He said swapping videos was “just talking” for his generation.

“Most of my friends, we’ll send each other funny videos of us mucking around,” he said.

“A few of my mates, we are life guards at the pool, so we’ll send a video of us jumping in the pool and stuff like that. No one else is sending anything like that (sexual videos), it’s more just talking, sending videos, making plans.” Goodwyn-Archer goes on social media for two or three hours when he gets home each evening.

“I’m not ashamed to admit that I’m addicted to it. Just Instagram and Snapchat, those are the biggies with the youth these days.” He communicates mainly with people he sees during the day, but feels he would miss out if he couldn’t connect with them again on social media. “I feel like I’d be a lot less connected to everyone, and you feel like you’re missing out on seeing what they’re up to,” he said.

Jean Andrews, who represents schools on the NZ Association of Counsellors executive, said many teenagers thought it was cool to swap “trick and dick” pictures.

“Where a young person would say, ‘Would you like to go to the movies for a date’, they now say via social media, ‘Can I have a T & D pic?’.

42% have sent such material via social media.

65% of the 258 young people who agreed to answer questions about sexting agree that “usually I would prefer not to engage in sending sexts to others”.

51% out of 178 agree that “no one I have sexted would forward or share my sexts without my permission”.

43% out of 191 agree that “I am worried that someone will forward or share my sexts without my permission”.

35% out of 234 agree that “usually sexting is a good way for me to be sexual without physical sexual contact”.

33% out of 223 agree that “usually sexting makes me feel attractive”.