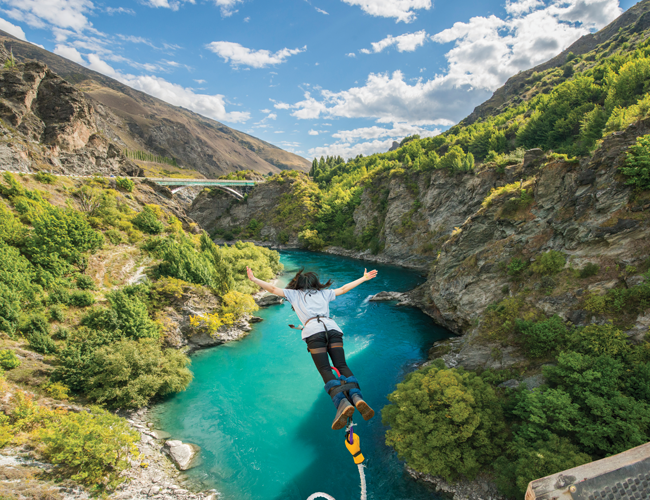 A crew of Southlanders are preparing to jump 43 metres for charity next month.

They will bungee jump off the Kawarau Bridge in Queenstown on October 30 to raise money for the Graeme Dingle Foundation Drop for Youth.

Southland Stags halfback Liam Howley is part of a group of eight Stags players who are being voted on to take part in the drop. Only the two with the highest votes would jump, and he was currently leading with 15 votes, he said.

Howley had worked with the Graeme Dingle foundation as a Kiwi Can leader during 2017 after a season-ending injury, which made him realise how important their work was.

“I’ve seen how they work, so I was more than happy to put my hand up and raise a bit of money for them,” he said.

Twins Katarina and Makareta Coote, both lawyers in Invercargill, had participated in the Career Navigator program to talk to school kids about their career in law in June of this year.

“We didn’t really know much about the Graeme Dingle Foundation before that and didn’t realise all the work they had done, it was really inspiring, so that’s why we did it I guess,” Katarina said.