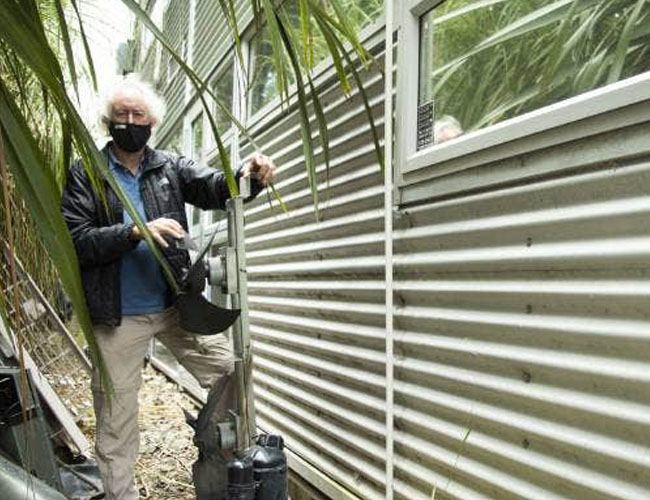 Staff at the Graeme Dingle Foundation are having their pipes and air conditioners stolen faster than they can replace them, having had their office burgled for the third time in two months.

When staff returned to the office on Auckland’s North Shore at the start of the year they found a copper pipe had been stolen from behind the building.

Before the charity had even managed to replace it, one of their air conditioning units was destroyed and all the copper components removed. Last week, another air conditioner was stolen. This time the whole unit was cleanly removed.

Sir Graeme Dingle said money that would have to be spent on replacing the pipes and air conditioners was support that Kiwi kids would miss out on.

“For the hundred bucks the thieves might have got for the copper, it is costing thousands to replace. Its just rotten.

“In these Covid-19 times you would hope that people would be more caring of others. The opposite has happened here.”

Administration manager Annette Mouat said security cameras would be installed to capture any thief that might return. She said the loss of the air conditioning units during the hottest time of the year had meant staff were unable to work and had to go home.

Mouat and Dingle encouraged anyone with information about the thefts to call police on 105.

A police spokesperson said they were not aware of any spate of air conditioner thefts on the North Shore, but said copper theft was common across Auckland.