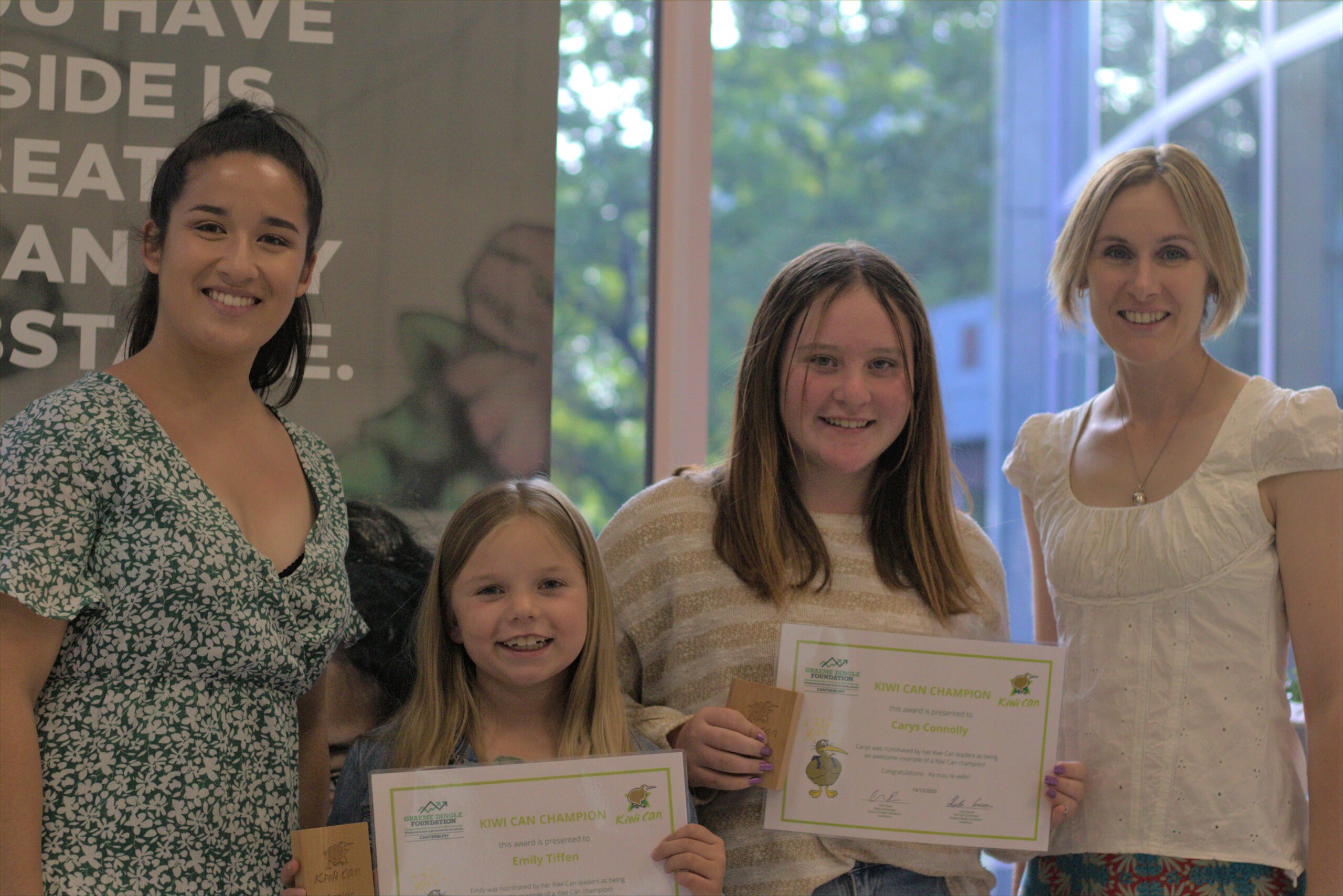 Twelve South Canterbury students were recognised for their contribution and achievement by the Graeme Dingle Foundation Canterbury, at their inaugural Awards Ceremony, held at the University of Canterbury on the 14th December 2020. Their achievements were acknowledged in a year requiring resilience and adaptation for everyone, including our tamariki.

“This group of students were selected as they embody the Kiwi Can values consistently both in and out of the classroom, and were considered to be role models not only to their classmates, but also to members of their communities with their valuable contributions and initiative” said Chris Davis, General Manager.

Kiwi Can is offered in six schools in South Canterbury with over 600 children taking part every week during the school year. The interactive programme focusses on development of the 5 C’s – character, caring & compassion, confidence, competence, connections which lead to greater levels of contribution.

“Often these core life values are overlooked at school prize givings, so this was an excellent chance to remember the importance of these values and the contribution they make within society” said Davis.

The Awards ceremony also acknowledged the highest achievers from Project K and Stars programmes, which operate in Christchurch secondary schools. Currently there are no secondary school programmes in South Canterbury, but the foundation is aiming to secure funding locally to support this in the future.