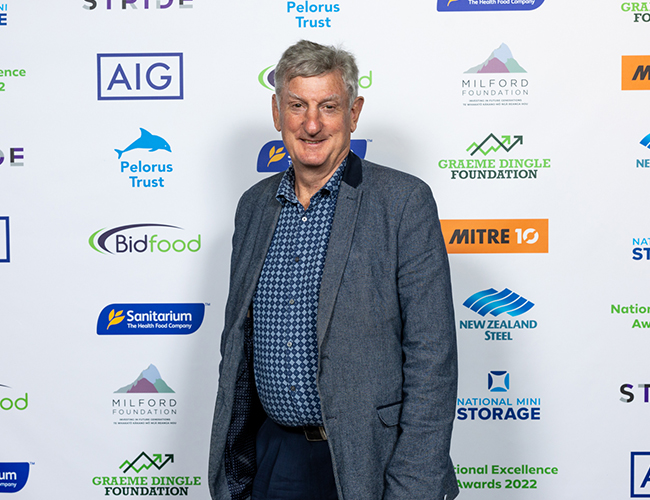 All Blacks great Graham Mourie has been recognised for years of dedication and service to Pōneke youth.

The former captain was acknowledged at this week’s Graeme Dingle Foundation Excellence Awards for his outstanding contribution to tamariki and rangatahi with more than 20 years of service.

The award is yet another accolade in a celebrated career for the man who in 1978 led the All Blacks on their first successful Grand Slam tour of the United Kingdom and Ireland, refused to play the Springboks in 1981 and later coached the Hurricanes.

Mourie told the Herald the real reward has been seeing how the programmes helped youth develop self-confidence.

“I’m a very small part of the Dingle Foundation. You do what you do in life, and get on with it as much as it can … Just do the best you can with things.”

The Dingle Foundation is a charity focussed on positive child and youth development which helps 28,000 kids each year across the country.

Mourie has fond memories from the past 20 years working with young people alongside his good friend Sir Graeme Dingle.

“When Graeme asked me if I would join him for a stage of his epic travels up the country with some young men from prison, I was happy to accept the opportunity.

“The idea that challenging outdoor activities provide a template to not only reveal character but also build it by developing confidence is better experienced by being involved than observing from the outside.”

Mourie said the recognition motivates him to do more for the charity.

“The programmes are expanding all the time. I’m fortunate to be a part of the Wellington trust and we are looking to make sure we keep our end up down here and just run good programmes.”

Mourie said the trust’s work reflected “a big vision and a difficult job well started, but not yet done”.