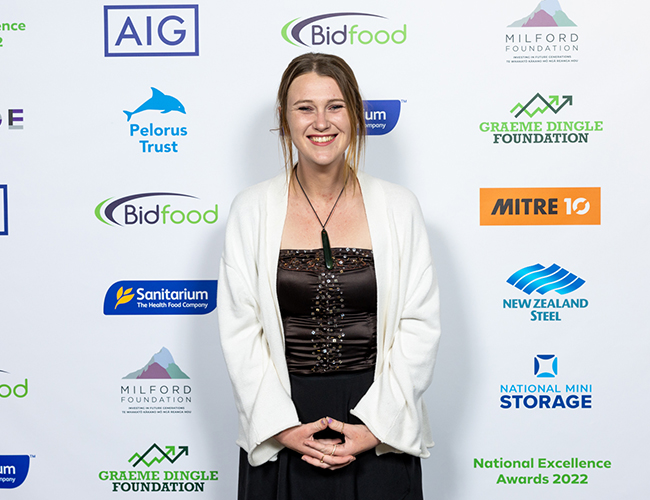 On November 7, dignitaries, business leaders, families, and students from across Aotearoa met at the Cordis Hotel in Auckland for the annual awards.

The event, hosted by the Graeme Dingle Foundation, celebrates the next generation of successful young Kiwis – for all they’ve achieved and overcome, their personal growth and their futures.

The Sir Edmund Hillary Youth Achievement Award is one of the highest achievements on offer and recognises outstanding commitment and continued success among former Project K graduates.

This year, the prestigious award went to Ayla Dellaway of Bay of Plenty who, since participating in the Foundations Project K programme many years ago, has gone on to make a positive impact on the lives of others through drawing from her past
experiences.

Dellaway addressed the audience with a speech in which she shared her deep connection with the Foundation’s work and how it’s influenced her life and the lives of others in the years since she was a part of Project K.

“The positivity that comes from being involved with an organisation like this is addictive, so I started volunteering to share my journey as soon as I was old enough.

“The thing about this organisation is that the values and experiences you gain as well as the networks and connections make you crave staying connected with the organisation, so I am, and I think I always will be.”

“It is the most incredible feeling to see all [the] award winners standing proudly on the stage, especially this year, as it is the first time we have been able to hold the awards face-to-face since 2019 – it’s just so exciting.”