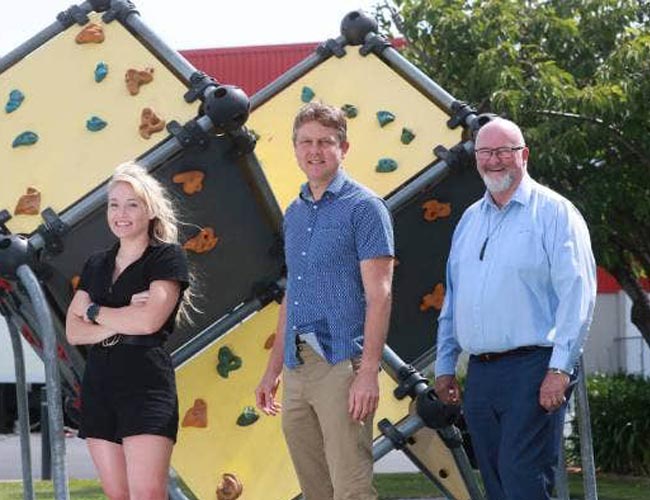 It was a hat trick for Graeme Dingle Foundation Marlborough this year.

Three Marlburians selected as Local Hero Medallists for the 2022 Kiwibank New Zealand Local Hero of the Year Award all have an association with the child and youth development charity.

Foundation general manager Kelvin Watt​, decade-long volunteer and fundraiser Ted Culley​, and Marlborough Girls’ College Stars peer mentor Nicole Geyser​ all featured in this year’s awards. Standing between Culley and Geyser for a photo, Watt said he felt his role had been the link in the middle bringing it all together.

“It made me think on the one side there’s the young people like Nicole that have been impacted from the programmes that we do, and are then reaching out to their peers, and on the other side I’ve got Ted, who’s been a huge supporter and backer, and he’s helped to make it happen from a business/community side,” Watt said.

“This is our tenth year of the organisation in Marlborough. When I started 9 years ago there were 14 kids involved over a year, and now we have over 3000 involved every week.

“I do feel it’s a reflection of the awesome support of the Marlborough community to get it where it’s at today. It’s been an exciting community to help bring it all together, and I’m pretty humbled by all the support,” he said.

Watt has used his role at the foundation to create innovative solutions to community needs, this year alone launching two pilot programmes to support jobseekers and intermediate students.

Supporting rangatahi into secondary school is one of Nicole Geyser’s jobs, and her leadership this year has seen more than 200 junior students partnered with senior mentors.