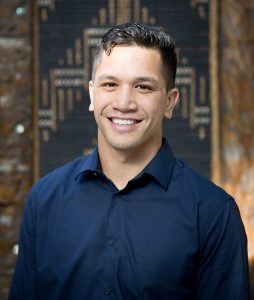 When it was dark enough for the streetlights to turn on my brothers would pick me up from home and we would walk the streets. We always had the urge to feel alive. I wanted to feel like Pete from the movie Green Street Hooligans. We would steal radios and sell them, steal cars and crash them, break windows of homes and cars. Sneak into houses we thought were rich, so it would be a bigger score. Like we were in an action movie.

I was 14 and  I was naughty, hated school and wanted to drop out early. I was shy and anti-social, I only wanted to keep to myself. Then I was introduced to Project K. It was a 14-month programme for students that needed a boost in life. Over the Wilderness and Community Challenge Project K helped me to build self-confidence and my social skills. After that we were paired up with mentors who were supposed see their mentees once a fortnight to keep us on track. My mentor left which made me feel like my life was going to be how it was in the start. No one helping me or, at least, checking on me.

But then Tony stepped up and told me he was going to be my mentor. He saw me once a week in and out of school. Always made sure I was on track with my school work and kept me out of trouble. Tony believed in me like no one else did and because of him I stayed in school, went to University and have a full-time job as an arborist. One day I plan to be a mentor.

The person I used to be is in the past. The mischief, the bad man. I’ve looked further into the future to where I want to be and who I’m going to be. I will travel around the world and climb all sorts of trees in all sorts of weather; snow, rain, storm, whatever. The place where I will to take a deep breath in is Canada. Climbing a Cedar tree in the snow at the top of the mountains, looking over a crystal blue lake as the sun reaches its zenith. That is when I know I will feel complete.

To those that can be, become a mentor, your reward will be that you have changed someone’s life. That mentee you just helped could’ve been on the streets being a hooligan or in jail. Instead they looked at another path, sitting on the mountains in Canada drinking a beer with me.