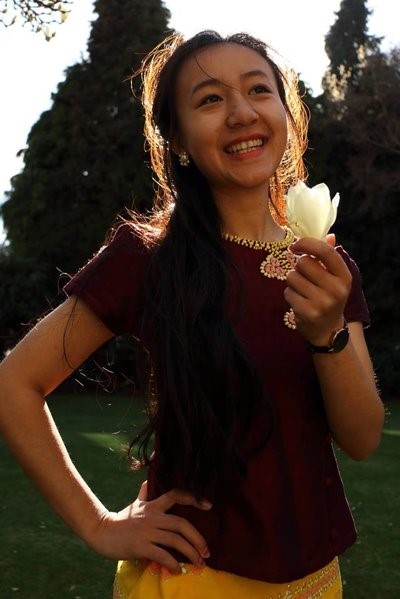 As a shy refugee arriving in New Zealand from Burma, not able to converse freely in English, Christine Philipo struggled to come out of her shell and enjoy her new life – until she found the answer in the Stars programme run by the Graeme Dingle Foundation.

“Like many refugees I struggled with self-confidence. I was new to the country and my limited English meant making friends and fitting in with other people was difficult. I was also shy which added to the difficulty,” she says.

A lot changed when Christine started high school as a year 9, and was introduced to the Stars programme being run as a school-wide initiative for all year 9 students.

Stars is one of the key steps in the Graeme Dingle Foundation’s values and life skills programme. It is a school-based programme for all Year 9 students (13 to 14-year olds) designed to facilitate the successful transition of students into secondary school, with senior Year 12 and 13 students (17 to 18-year olds) trained as peer mentors.

The programme develops self-confidence, leadership and life skills and creates a sense of community by bringing younger and older students together.

Christine says it was the perfect answer for her needs, in opening up her enjoyment of life in New Zealand.

“I was nervous transitioning into high school because I was the only one from my intermediate that would be going to Bishop Viard College in Porirua. The only people I knew at high school were my cousins and her friends, and they were two years ahead of me.

“Being the shy person that I was, it was daunting to meet new people and having to make new friends. However, the Stars programme was set up in such a way that you get to make friends with your peers and build positive relationship with mentors.

“Making new friends helped but also having that positive relationship with the senior students through the Stars programme made me feel as if I’m no longer an outsider, that the school is my whanau.”

Christine’s favourite part of the programme was the camp.

“It was the first time that I’d been to a camp. Prior to that I didn’t even know what camp meant. The only ‘camp’ term I’m familiar with was the refugee camp.

“So, when we went to Akatarawa camp and did all the team building, outdoor adventure and fun activities, you could say I was awestruck.

“My mentors were like my role models. I wanted to have the confidence and charisma that they radiated. Whether it be activities that they led or ways they encouraged us to face our fears, I remember feeling empowered and inspired by their words and actions.”

By the end of that year Christine was less afraid to talk to people, knew what community outreach meant, had appreciation for the New Zealand outdoors and had the courage to join extracurricular activities such as sports and the Duke of Edinburgh Award.

“I could do this because of the “I can” attitude instilled in me by the Stars programme. I’m just thankful to the programme for providing such enriching experiences.”

Christine embraced the vision of the Graeme Dingle Foundation’s goals to the point where she became a mentor herself, and that experience brought further rewards for her own self-belief.

“As a senior mentor my attitude changed for the better because I took pride in leading younger students. I wanted to be the best person possible because the youngsters looked up to me.

“I believe that is the single most important thing Stars has contributed to me personally.”

Christine used the springboard in life provided by the Stars Programme to attain a BSc in Medical Sciences degree at the University of Otago.

The foundation’s Stars programme is one of a number of programmes which aim to inspire young people to find confidence, work with and learn good values from others, and set goals for the future.