They are a brother and sister team who came to New Zealand in the midst of tragedy, shy and more comfortable being unnoticed in the background.

Now Lahaina and Hawea Solomon, who grew up in Tokoroa, are leaders helping other youth reach their potential and are pursuing their own dreams at university.

The dramatic turn around is in large part due to a charity that aims to transform young Kiwis lives – the Graeme Dingle Foundation.

Started by former mountaineer and adventurer Sir Graeme Dingle and his wife Lady Jo-Anne Wilkinson, the foundation has a core belief that young Kiwis can be taught resilience to overcome any of life’s challenges and go on to succeed.

The foundation motto is: we want every child to know what they have inside is greater than any obstacle. 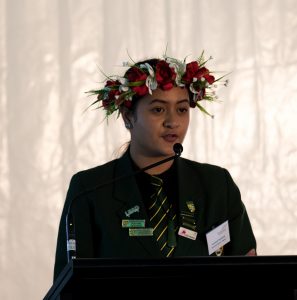 And being part of the Dingle Foundation has become a family affair for the Solomons.

The pair moved from Australia with their family to Tokoroa 10 years ago after coming back for a funeral and staying in the south Waikato town.

Both had the delicate transition of intermediate to high school made that much simpler by being involved in the Graeme Dingle Foundation Stars programme.

“We did Stars camp when we were year nine so we went to Rotorua and we went on the camp for a week and we were able to learn outdoor activities like kayaking and abseiling and putting up tents. That is how we got into it,” says Hawea.

“For the later part of my high school years I was able to become a Peer Mentor leader in the Stars programme,” he says.

The eldest of four Lahaina lead the way as head girl of Tokoroa High School she graduated the programme in 2017 and winning the Outstanding Contribution from a Peer Mentor Award.

“When I started High school my mum was the Programme Coordinator for Stars at our high school. So we knew about it through her but as we became older we developed different leadership skills through different activities and programmes we were in.

“And then we both became head students and when you become head students at our specific high school you are automatically given the stars programme and the stars camp to organise. You have to organise the peer mentors, make sure the students know what they’re doing, so you get given that responsibility so that is how you really become involved with the Graeme Dingle foundation, ” Lahaina says. 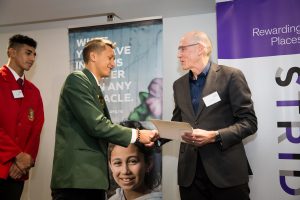 Hawea was a year behind and credits being involved as a mentor in the programme helping him grow as a person.

“I used to never like talking, I used to always be in the background hiding, then during the programme I learned more social skills, how to speak and become more confident with my speaking.”

Having been part of the Graeme Dingle process throughout his schooling helped Hawea see it from all aspects.

Both Lahaina and Hawea received the  Outstanding Contribution from a Peer Mentor Award during the annual Graeme Dingle Foundation’s 2017 and 2018 Excellence Awards.

The pair are both now studying at Waikato University – Lahaina is in her second year of Psychology and Hawea is first-year Computer Science.

As Graeme Dingle Foundation alumni they still go to camps and help out with the students and mentors.

They are likely to be involved with the Foundation for some time yet as they have two younger siblings that are looking at also getting involved with it.

Check out the original story here.